Football season is finally upon us, for all of us die hard fans our time to rejoice is now! Personally, the nostalgia and joy I get from the NFL season, rivals that of a Christmas morning for your average child. Between the fantasy football, the pig skin pick ‘em leagues, or just watching my Hawks battle it out every week, I freaking love the NFL. Some may call that a little bit immature and you know… I’m okay with that.

What I’m NOT okay with is the stance that the NFL has repeatedly taken on the topic of cannabis. Year after year the NFL is forced to take stances on issues that come up in the media’s spotlight.

Whether it’s the league ambivalently taking sides on social issues like what Kaepernick was kneeling during the national anthem for, or the league straight up enforcing penalties on players for actions in their personal lives.

With Kaepernick, teams around the league boycotted him as a player and wouldn’t roster him even though he was good enough and better than many players around the league. They didn’t want him to use the NFL stage as an outlet for the social issues he was advocating.

On account of this being a weed blog I’ll pump the brakes and get back to my element… cannabis. The NFL in the past, has been notorious for enforcing harsher penalties to players that test positive for marijuana, then athletes who have committed violent crimes.

“There are times of the year where your body just hurts so bad,” Bennett said. “You don’t want to be popping pills all the time. There are anti-inflammatory drugs you take so long that they start to eat at your liver, kidneys and things like that. A human made that. God made weed.”

Andrew Brandt, writer for Sports Illustrated had this to say about the NFL and cannabis testing, “It is not a drug test; it is an intelligence test. Players who have not previously tested positive are only tested once a year, and only during a four-month offseason window that begins on April 20 (yes, 4/20, maybe the NFL does have a sense of humor) and ends on August 9.”

Nate Jackson, another retired NFL player, was interviewed on Real Sports with Bryant Gumbel and said that he thinks 50% of players in the NFL locker room smoke weed. When asked on his personal consumption of cannabis in the NFL, Jackson said, “I weeded as needed.” He then went on to say how viable cannabis has been to him as a medical alternative to painkillers.

I may disagree with the league in the stance they take on various issues but I’m not going to lie, they have a goddamn awesome product and I subscribe to it religiously. But hey at least I stream my gameday bootleg-style on the internet. 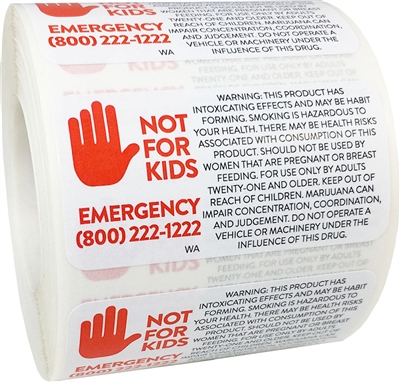 I grew up in a conservative Missouri. My parents were what you would call Midwest hippies. They, and their close group of friends, graduated from high school in the early 1970s, and they certainly did their best to let their freak flags fly. However, it was 1980s Missouri by the time I have a recollection. By then, the stresses of life, jobs, children, and the day to day grind had begun to sink in, I think. Not so idealistically, they pushed forward in their lives, taking some of the carefree freedoms of their youth forward to relive those stressors (cannabis, alcohol, sex, et al). Still, they had to be careful as the draconian drug laws were locking up individuals over personal drug crime, left and right.

I always knew my parents were different. We had a “darkroom” in our basement which was a familiar term to me, as my mother owned her own out-of-the-house photography business. Other kids had a laundry room, playroom, or root cellar. My parents had a rolling tray that I thought resembled a Chinese checkers board (more on the naming of that game, here (it is neither Chinese, nor Checkers. Spoiler alert, America – You were marketed to.), which had hundreds of seeds on it. Other kids had a Chinese Checkers board. My parents asked me to keep kids out of our house when I was in middle school and a teenager, even on hot days in the Kansas City sun. “Bring them iced tea in the driveway,” they said. Other kids had a Nintendo or SEGA and Air Conditioning for their friends.

I knew my parents smoked weed. I also knew that my mom and dad, who rarely drank and even more rarely drank to the “drunk” state, weren’t as violent, fucked up, or “out of it” as the career drinkers some of my friends’ parents were. I knew they smoked weed before I was accidently almost passed a joint by my mom around a campfire, after I sniped a chair that a friend of hers had left open while her attention was diverted to another friend, in the opposite direction. I was aware that there must have been something special about that plant that my mom hacked down near a county highway and threw in the trunk in late summer. Sometimes I could smell that familiar-since-whenever compressed Mexican brick weed on their breath.

At some point (probably of my mother’s choosing), natural conversation started to take place about the substances that adults sometimes used, even if they were against the rules, and what was safe and what wasn’t. She did insist that they were for adults, if at all to be used. She insulated me; made me feel safe by telling me that if I had any questions about any of it, she would be happy to impart what she knew, and help me research what she didn’t, so that I could make an educated decision. She had honest, heartfelt conversation with me about adult choices. She made herself available. She told me she wouldn’t be upset. Throughout my life, I have found this to be true.

There were a lot of things I wasn’t interested in consuming as a teen, alcohol included, but cannabis WAS on the list. I smoked some in the backseat of a 1969 AMC Rambler in Olathe, Kansas, when I was 15, but I didn’t get high (for the record, I absolutely discourage teenage cannabis consumption). I didn’t see much weed in the possession of my friends in my neighborhood of Kansas City, MO, though. Then I moved to Mercer Island, Washington in November of 1993. Not only is the island affluent, but it’s also just a stone’s throw from the U and Capitol Hill (both artist and young-person havens in the timeframe). Drugs do flow onto the island. In March of 1994, a young lady named Michelle, who was a Senior, got me high. She cut assembly on a Tuesday between 3rd and 4th period with me, drove to a scenic island spot in her Honda Accord, and smoked some Seattle chronic with me. I got absolutely wrecked. Nearly non-functionally wrecked. I made it back to school for 4th period, Physics II. A female mid-50s instructor who certainly had been through college a few times in the 60s and 70s was my instructor. She knew I wasn’t my usual perky self and delivered most of her lecture that period from beside my desk. I was feeling a little more real by the end of the period, but she still stopped me as class was dismissed and let me know that she thought I could make better choices during my school day, but that her door was open if I needed to discuss what had happened with no strings attached. Did I mention she is one of my personal favorite teachers? She wasn’t my parent, but she sure functioned as one, here.

It was some time before I smoked pot with a parent. I was home in Seattle from attending college in Missouri in May of 1996, and I had just visited the University Smoke Shop on University Way NE, just N of NE 45th Street in Seattle and bought my first glass bong. I used it with some friends on Mercer Island but returned to my mom’s place where I was staying during my stay. The package is unmistakable. She wanted to smoke some herb. She wasn’t an all-day, every-day sort of girl at this point, so we both got high AF, and ended up coloring pictures for her dad’s refrigerator (he lived in Texas).  This was the first time we smoked weed together. It was the first time she had hit a bong in years. It was a good, slightly unnerving time that has grown very commonplace and natural over the years.

My approach to substances has been moderated by my parents’ openness to discuss them. When those walls are down and the path is paved, you can have real conversations with your loved ones. This applies to not only drugs, but sex, family history, medical issues, and a host of other topics. With open borders between loved ones and friends come honesty and compassion for the struggles of real life. That, in itself, is a natural coping mechanism that circumvents the need and allure for those more dangerous substances.