There are times that I really enjoy having a local, independent music focus. Funny thing about this one – it’s been around a long while, and the artist is a Seattle native and resident. Aja West released his first album in late 1998, an EP under the title Black Moses. That CD basically doesn’t exist anymore (if you have it, email me – I’ll give ya a finders fee while I copy it, real quick), but the first full length he released is still widely available. Entitled ‘Trauma… Life in the E.R.’, to rave reviews from The Dust Brothers, Frank Farien, and The Boulevard Sentinel (an LA magazine like The Stranger in Seattle).

Mackrosoft is the song I selected for this Better Know a Stoner Song… It’s weird, chill, and features a robotic rap. Keep in mind this is about 1999 and all self produced on the video end. Aja has never suffered from a lack of professional audio recording, and has now released over a dozen albums as a solo artist, as a duo with his brother, Cheebacabra, or in the worldwide recording collective known as The Mackrosoft, taken from the record label name founded by Aja in 1998. As mentioned prior, it’s also the name of the song.

Funny story. It’s really close to a massive company name, but different. Mackrosoft is a registered trademark and word mark with the USPTO, If I remember my Aja West lore correctly, they’ve briefly tangled over the name. Guess what? David won versus Golaith, too.

Mackrosoft: Where do you want to ho, today?

Aja West has produced tracks for Grammy-Award winnering producers ‘The Dust Brothers’ and worked with Grammy-Award winning artists like ‘Herbie Hancock’. Aja West has experienced extreme amounts of Trauma in his life. The World’s Strongest Man attempted to lift Aja West in the world’s biggest bowl of chili and failed. He was dropped from a height of seven feet. Trauma… Life in the E.R. was born. 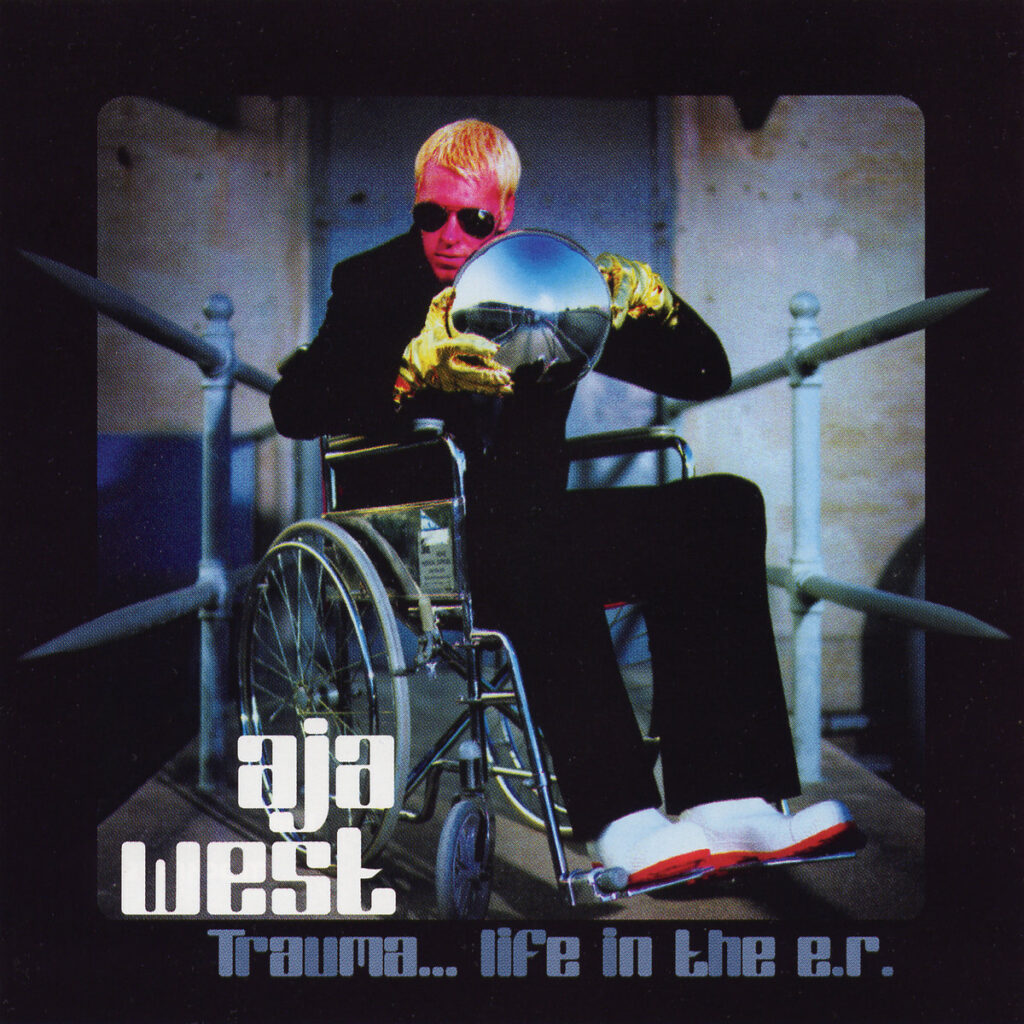